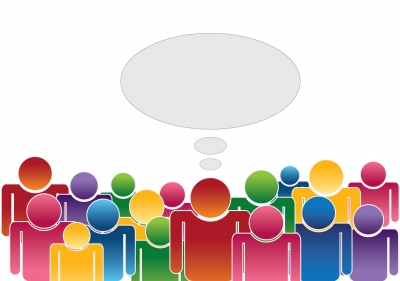 Groupthink Consequences
Groupthink is described historically by the myth of the Cassandra syndrome. This myth describes a prediction or warning that goes unheeded with serious consequences. The term comes from the story about Cassandra, who was raped by the senior adviser to her father at court. To defend against accusations, she was personally discredited. So Cassandra’s special talent for predicting future unknowns was also discredited, with disastrous results of war and destruction.

Groupthink manifests itself in statements such as,“This could simply not be true. It cannot happen here.” Examples are in government corruption, partiality of judges, sexual harassment of a worker by a superior, pedophilia by priests, price fixing between corporations, doctor’s scams, or fraudulent investment funds.

If no one believes you despite clear indications or evidence that your claims are valid, it may lead to significant physical and psychological issues, such as schizophrenia and paranoia. This claim of insanity awaits whistle blowers. And you can safely assume that in administrative and social elite situations, by definition there is groupthink.

Remedies against Groupthink
There are a number of answers for groupthink. In formal debate, you may appoint a Devil’s Advocate.  To build in considerations about public safety, legislature can subsidize a critical social movement, i.e. environmentalism. Prosecutors and police may set up contradiction teams to prepare alternative hypotheses about suspects.

Better Solutions Need Better Ideas
A problem is that these remedies are within the pattern of the standard approach of improvement through the criticism of logical reasoning. A hypothesis is proposed and then it must be proved that the statement is incorrect; or a statement can be declared impossible to disprove, so it cannot be a valid beginning hypothesis. The qualification of truth is characterized by attack and defend, win or lose. Hegel rightly observes that this was the dominant condition of exceptional Western progress.

Taken to extremes, we have seen that using conflict to determine truth has drawbacks inherent in Cassandra’s syndrome. Criticism, debate and argument prevents the creative design of solutions.

6 Replies to “Remedies Against Groupthink”