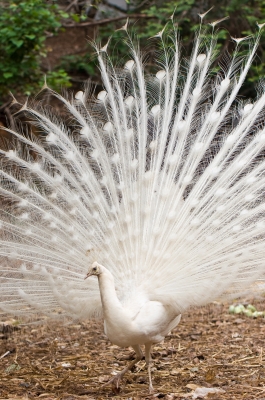 Any objections? Throw away that option immediately!

As you probably have noticed  – at home, work or at a party – when a proposal is made, an idea presented or a solution for a problem suggested, it is often met by an objection. That is not bad as such since an idea is seldom perfect. The problem it that the proposal, idea or solution as a whole is automatically rejected. There is a strong link between an objection (even it is only one) and the immediate negative assessment of the whole idea, proposal or solution as bad. No efforts are made to explore the nature of the negative point, the disadvantage or why the idea will not work.

We invite you to observe this phenomena as often as you can, to improve your Thinkbility. There are more constructive ways to deal with a negative point. Perhaps with some modification it is not so bad at all.

Remove the objection by a better design.

A mobile phone connects a person with a person. Previously it was not possible to get connected with a random person of a family or a company. For instance, calling your son, but getting your daughter-in-law or one of their children. Companies have now remove the disadvantage by designing a mobile phone that also has a land line functionality.

Decrease the disadvantage by modifying the design.

Currently governments all around the world have a monopoly on printing currency and setting interest rates. Competition is generally considered to be a good thing, so someone puts forward a suggestion to open up this area and allow a country to have multiple currency, currency providers and interest rates. This may lead to  confusion in exchanges,complicate shopping,   weaken international trade and to the need for massive amounts of new legislation to control it. However, the idea can be improved if  you could create closed currency systems, i.e. only the inhabitants of this town are allowed to trade in an alternative currency, or only teachers and students of a school, or only the inhabitants of a care home, or only members of this football club. Perhaps  a currency system with a sister city in a developing country could work.

Compensate for the negative point by offering a decisive advantage.

Schoolteachers should be treated the way doctors are in many western countries: they are well paid through heavy government subsidies and their numbers are strictly limited (i.e.only the top students gain entrance into school teaching jobs.) Although the costs of education will rise, the benefits may turn out to outweigh the disadvantages.

Turn into an opportunity

A negative point of a solution, idea or a solution could often be modified so it turns into something positive. Admittedly, it will takes some mental gymnastics. However, many times the thinking effort pays back, not at least because it is unexpected.

A high school drop out is now able to follow his passion and to develop the necessary skills the college could or did not want to offer him.

Ignore the objection. The history is full of inventions which were regarded as impossible by the then experts. After all, all inventions were once impossible.

Steve Jobs was renowned for his “Reality Distortion Field”. He was told that rectangles with rounded corners for dialogs on computer screens were not needed and impossible to make.

Thus, a constant active search for possibilities, can help you turn negative points to an advantage. Opening up the thinking and conducting a positive exploration may be a better solution than throwing away the idea.