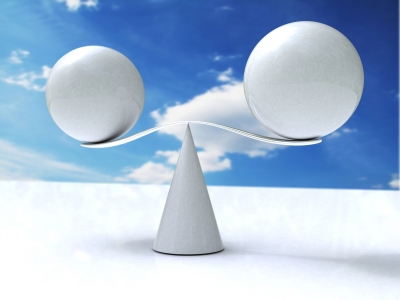 Learning from history is difficult and often the same mistakes are repeated over and over again. And history has repeatedly shown that it is dangerous to say that some things are impossible.

To find a solution to any problem you have to believe that there is an answer. If you have lost your mobile phone in your house, you will search until you find it. If you ask yourself, “Is there a mobile phone in my house?” well, chances are that you will not search for long. The same idea should be used when we are trying to solve a problem, or are looking for a new idea. The perception that there is a solution means that we have to start looking we need to decide techniques where to look and how. In contrast, if we ask ourselves “Is there a solution?”  It is easy to give up an answer the question with “No there is not solution, it is impossible.”

In contrast, Class 2 impossibilities are tricky and it may take thousands or millions of years to achieve. Often these types of   ideas require enormous amounts of energy and they require that we use physics that is little understood. Today, it may be impossible to build a time machine and it may not be possible this millennium. But declaring it as an impossibility is a different matter. Stephen Hawkins tried in the 1990s but he failed to prove that it is impossible to build a time machine.

The third type of impossibility violates known laws of physics. Some ideas can be truly impossible or we may have to discover some new laws of physics to make carry out the idea. Kaku suggests, that building a perpetual motion machine is a Class 3 impossibility.

In a subject such as physics, it may be easy to distinguish between different types of impossibilities, since it is possible to refer to the laws of physics. However, this idea can be applied to thinking about other subjects. Instead of saying that an idea is impossible it may be fruitful to explore why and to what degrees an idea is impossible.Is the idea that we can reduce the number of armed robberies with 99 percent, class 1 or 2 impossibility? How impossible is the idea with global citizens? And can we take all traffic signs away and still reduce the number of traffic accidents?

One Reply to “World Thinkers’ Ideas – Degrees of Impossibilites”