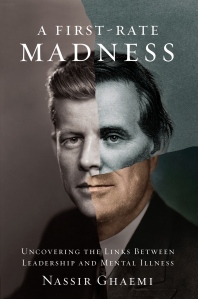 How can we use knowledge and understanding about depression to enhance our thinking skills?

Depression is linked to negative views of yourself and the world. Sadness is a normal reaction to life’s struggles and disappointments. But depression is much more than just sadness; some people describe depression as “living in a black hole”. Yet psychiatrist Nassir Ghaemi believes that people suffering from depression may be good candidates for certain positions. He suggests that people suffering from depression often have a realistic view about their place in the world – making them a suitable candidate to lead in a crisis.

Mildly depressed people tend to see the world more clearly – more as it is. In a classic study, people pressed a button and observed whether it turned on a green light. The light was controlled by the researcher. People suffering from mild depressive symptoms realised that they had little control over the light. Non-depressed people believed that they could control the light – a slightly inflated sense of how much control it is possible to have over the world.

In the book, “A First Rate Madness” several case studies are discussed that examine respected political figures who lived with depression and/or mania. Nassir Ghaemi argues that the fact that the leaders suffered from a mental health condition actually enhanced their leadership skills. During times of peace, a leader that is regarded as mentally healthy may do well but they may experience problems during crises. Classifying mental problems is difficult and using historical figures to prove an idea is even more difficult. Yet Nassir Ghaemi’s ideas are interesting when we are discussing thinking related to an active search for risks and dangers with an idea or suggestion.

Martin Luther King, Jr. said, “Human salvation lies in the hands of the creatively maladjusted”, but maybe it is possible to use the understanding of the “creatively maladjusted” to improve our thinking skills. Exploring risks and dangers is an attempt to examine negative points as objectively as possible – a kind of role-playing. A “good” thinker is not characterised by superior cognitive abilities or skills. We can set ourselves apart by our tendencies to explore and enquire. We can develop curiosity and be prepared to plunge ourselves into intellectual risks and challenges. We can learn to think critically and logically. Challenge ourselves to think laterally and imaginatively.

The habit of changing the thinking and adapt it to the situation is vital and knowledge and understanding of when to use a thinking framework or technique is vital. So is the habit of constantly reflecting and monitoring the thinking. Are we overly optimistic because there are reports of an economic down turn? This awareness may help us to improve upon risky ideas and solutions. Rather than a quick rejection of ideas, it is more fruitful to explore ways to improve the weak points. Strategies can also be used such as choosing more risky options every Tuesday or every fifth time. Instead of rejecting leads for new business opportunities a higher risk project could be check out but not every time. A flexible approach mixed with awareness of how we tend to think and act in a crisis may help us select the best option and idea.