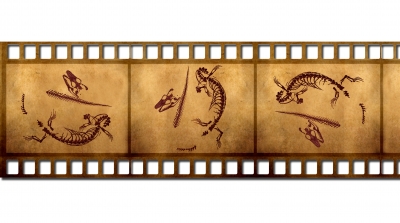 Several Ideas
Did the big bang of creativity on earth occur approximately 400,000 years ago with the advent of Homo sapiens? Or, was it when we anatomically  evolved around 200,000 years as the species Homo sapiens sapiens? Is language a necessary condition for creativity?

As language leaves no trace, the date of its emergence is unknown. Most scientists agree it must have begun 100,000 to 50,000 years ago, when Homo sapiens started producing figurative art. Maybe the development of the mind was the “Big Bang”. The human mind developed rapidly and the emergence of creativity is sometimes said to have started when humans began using tools 45,000 years ago. As you see, there are several suggestions and huge variations in the suggestions when creativity emerged.

There is evidence to suggest that our ancestors had in principle modern intelligence
100,000 years ago. The concept of modern intelligence in this context is referring to Homo sapiens sapiens using their knowledge of the environment, signs of production of  tools and the presence of social skills to deal with other people. According to anthropologist and linguist Dan Sperber, this was all set 100,000 years ago with the development of language, but it took millennia for people to start using their capacity for anything other than practical solutions.

Cognitive Fluidity
The latest decades have seen tremendous progress in our understanding of behaviour and evolutionary relationships with our ancestors. Cognitive Archaeologyand evolutionary psychology has emerged, and they study how thinking may have began and developed. Together with results from these new branches of research there is also new archaeological findings and studies questioning the idea that humans existed long without cultural objects. It is often suggested that the “Big Bang” appeared when Homo sapiens developed cognitive fluidity – the skill to integrate images and thoughts in our imagination. New ideas and concepts could be formed and this could be seen as the beginning of creative thinking. New insights and perceptions lead to that materials such as stones and bones were combined to invent tools and weapons.

What can we learn by studying our ancestors’ cognitive development? And how can it help us understand thinking and creativity in today’s society? Studying the differences and similarities in how the brains of humans and other animals have evolved is more than an intellectual exercise – it provides us with ideas to understand how our brain works today. The great thing about comparing humans and other animals’ brains and behaviours is that it illustrates a past that is almost unthinkable – exciting and filled with challenges.

Evolutionary theories not only provide insights into our past, but it also helps us to see into the future. Cognitive neuro-biologist Atsushi Iriki says that the human brain is still a work in progress – a book in which chapters are still being written with no predetermined plan. The use of tools made of stones started our specific trip, but new tools like computers and virtual classrooms may carry us to new levels differently. Brain structure and our thinking have adapted over thousands of years to a constantly changing environment. It must continue to adapt and change if we are to survive as a species. Our “soul” was developed in our brains, and the question is what will evolve in the future.

What is a Human?

It is not as easy as it may sound to define and describe what a person is, and many different definitions have been used. Plato described people who featherless creatures on two legs. Definitions have come and gone, but one thing is sure, we have colonised almost every part of the earth. Archaeologists have traditionally taken the view that Homo sapiens sapiens developed  modern creative thinking relatively recently. However, views differ as regards the dating of the first modern humans – Homo sapiens sapiens. Homo sapiens is a species of the genus Homo, which occurred from 300,000 to 500,000 years ago, and in the group are including Homo erectus, Homo sapiens neanderthalensis and Homo florensis. According to some recent dating, Homo sapiens sapiens arose around 160,000 to 195,000 years ago.

The interesting thing is that the dating of cultural activities is 45,000 years ago. Paintings, pictures, arrows, bone carvings and other signs of human behaviour are dated  much later than the first modern human skeleton. It therefore appears that humans existed long, over 100, 000 years, without cultural objects. The first tools such as hand axes belonging to the first humans are dated between 50,000 and 195,000 years ago.

Cognitive Revolution or Evolution
In recent years, a growing number of archaeologists have started to question the “Big Bang” theory and the view that there is a large time gap between the emergence of the modern human body and their brain. They choose to describe the process as an evolution rather than a cognitive revolution. Many cultural gems have been found in Europe, but some researchers believe that the cultural explosion in Europe had pioneered a cultural evolution slightly earlier in Africa. In addition, some of the items that were manufactured in Europe have been suggested to belong to subspecies of Homo sapiens. Previously it was assumed that Neanderthal was not capable of creative thinking, but now it is less clear and the image of them have become more like the people who lived at that time.

Findings from Homo sapiens sapiens settlements has also changed the image of our origin, the development of intelligence and thinking. Skulls of two adults and one child who lived 165,000 years ago in Herto, Ethiopia, show many similarities with modern human skulls. The interesting finding is that the skulls have been carved after they the person died. One possible explanation is that the inscription is related to some sort of ritual.

Final Hardwiring
Snail shells from a cave in Blombos, South Africa has been dated to 75,000 years ago. Archaeologist Christopher Henshilwood argue that people made holes in shells and shells have perforations that suggest that they have been used as jewellery. Beads are considered an evidence of symbolic thinking, and many scientists believed that this behavior was not possible until 45,000 years ago. Other findings from Taforalt in Morocco have been dated to 82,000 years ago. Some researchers interpret the results differently and they argue that the holes are made in a natural way. It is possible that there are seagulls who have made the holes and it is even possible that newer layers of debris have been mixed with the subsequent layer (layer of debris has been used to date the finds). But the overall results show a trend that many modern human behaviour can be traced back further into our past than previously thought. And signs of modern behaviour and creative thinking can be seen in Africa for about 80,000 years ago and in Europe 45,000 years ago.

It is possible that a great creative explosion took place like that one 45,000 years ago and something happened that affected how our brain is structured, but the important thing is that we could maybe think creatively before. Hensilwood suggests that Homo sapiens brains already had the structure and the final “hardwiring” necessary for symbolic thinking for 195, 000 years ago, and we can see glimpses of their ability in archaeological finds.

One of the problems with the construction of evolution is that we have no idea how the top looked like – in other words, we do not know how people psychologically were equipped. If people have changed physiologically, there is reason to believe that we have changed psychologically as well. According to many evolutionary psychologists our brain consists of functionally specialised parts that were developed to solve problems as hunters and gatherers encountered in their environment. However, it is important to interpret any suggestions on how our ancestors thought and acted cautiously. Nevertheless, the new findings suggest that people may have been creative long before there was an advantage to be creative.