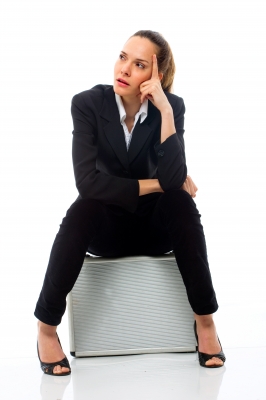 Your Summer’s Wikipedia List: 12 concepts that shaped the world

Thinking in concepts is a great advantage in making sense of complex phenomena. When your are able to articulate concepts in a concise and clear, yet accurate way, it will enable you to escape from it. Knowledge of the main concepts that shaped the world will develop your skills to escape from them and devise new concepts.

Below we quote the 12 concepts that changed the world from Melvyn Bragg. It is about how words and wisdom have shaped our lives. A warning in advance: This is all about description. We invite you to devise your own concepts that will shape the world.

If your are on the beach, listen to this.

Isaac Newton composed Principia Mathematica during 1685 and 1686,[1] and it was published in a first edition on July 5th, 1687 and began changing the world. Widely regarded as one of the most important works in both the science of physics and in applied mathematics during the Scientific revolution, the work underlies much of the technological and scientific advances from the Industrial Revolution (usually dated from 1750) which its tools helped to create.

It was the first book to note that women’s sexual desire coincides with ovulation and the period right before menstruation. The book argued that marriage should be an equal relationship between partners. Although officially scorned in the UK, the book went through 19 editions and sales of almost 750,000 copies by 1931.

Magna Carta was the first document forced onto an English King by a group of his subjects, the feudal barons, in an attempt to limit his powers by law and protect their privileges. The charter was an important part of the extensive historical process that led to the rule of constitutional law in the English speaking world.

Games which could be described in the most general sense as ‘football’ had been popular in Britain since the Medieval period. Rules for these games, where they existed, were not universal nor codified. The Laws were first drawn up by Ebenezer Cobb Morley and approved at a meeting of the newly-founded Football Association (FA) on 8 December 1863. Association football can be considered to begin at this point, as the game played by clubs which didn’t adopt the rules evolved into rugby football.

On the Origin of Species, published on 24 November 1859, is a work of scientific literature byCharles Darwin which is considered to be the foundation of evolutionary biology. I Darwin’s book introduced the scientific theory that populations evolve over the course of generations through a process of natural selection.

Wilberforce supported the campaign for the complete abolition of slavery, and continued his involvement after 1826, when he resigned from Parliament because of his failing health. That campaign led to the Slavery Abolition Act 1833, which abolished slavery in most of the British Empire; Wilberforce died just three days after hearing that the passage of the Act through Parliament was assured.

Instead of viewing women as ornaments to society or property to be traded in marriage, Wollstonecraft maintains that they are human beings deserving of the same fundamental rights as men.

Faraday established the basis for the concept of the electromagnetic field in physics. Faraday also established that magnetism could affect rays of light and that there was an underlying relationship between the two phenomena.[4][5] He similarly discovered the principle of electromagnetic induction,paramagnetism, and the laws of electrolysis. His inventions of electromagnetic rotary devices formed the foundation of electric motor technology, and it was largely due to his efforts that electricity became viable for use in technology.

The spinning frame is an Industrial Revolution invention for spinning thread or yarn from fibers such as wool or cotton in a mechanized way. It was developed in 18th-century Britain by Richard Arkwright and John Kay.

The Wealth of Nations is the magnum opus of the Scottish economist and moral philosopher Adam Smith. First published in 1776, it is a reflection on economics at the beginning of the Industrial Revolution and argues that free market economies are more productive and beneficial to their societies. The book is a fundamental work in classical economics.

Although eighteen of Shakespeare’s plays had been published in quarto prior to 1623, the First Folio is the only reliable text for about twenty of the plays, and a valuable source text even for many of those previously published. The Folio includes all of the plays generally accepted to be Shakespeare’s, with the exception of Pericles, Prince of Tyre and The Two Noble Kinsmen, and the two “lost plays”, Cardenio and Love’s Labour’s Won.

Of course, Bragg’s selection is arbitrary. It mirrors the dominant opinions of our time, as Michael Michalko points out in his excellent blog: The Incredible Genius that America Ignored: