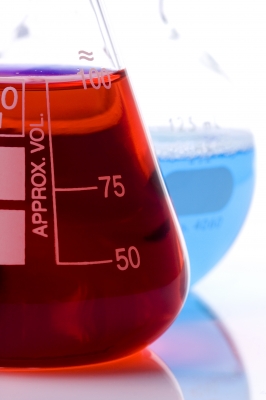 The vision that people could ingest food by smelling or whiffing it lead David Edwards to design the chocolate inhaler. The idea behind Le Whif, the chocolate inhaler, takes into account not only our desire for chocolate but also the fact that over the last centuries we have changed our eating habits –  we consume smaller quantities but the intervals between eating is getting shorter and shorter. Imagining new directions for  our eating habits lead to the image of our eating habits moving towards breathing.  This image lead to the idea to mix culinary art and science.

A network of culture labs has been developed, ArtScience Labs that uses frontiers science mixed with art and design experiments to develop ideas. Thousands of teens and university students are engaged in the ArtScience labs. A cross between a mad-scientist’s lab, museum, studio and classroom where art and science and paired to produce fresh ideas. Edwards’ book The Lab: Creativity and Culture explores the idea of erasing conventional boundaries between art and science.

For some of us combining art and science may be natural. Yet in traditional educational systems, you are often at asked to choose between science or art. And often this decision means that we lose contact with the other subject. David Edwards argues that many innovations may never have been possible without marrying  art and science. New unexpected ideas are often turned down with the explanation that it is not possible. By involving people with a background in science, the most daring ideas may be seen as challenges rather than impossibilities. Often scientific and technological solutions can be found – it may be a challenge but the real hurdle is often exploring the feasibility with an idea. Many ideas are rejected at the first sign of impracticability.

However, it is not enough simply to mix scientific exploration with dreams and imagination. Apart from exploring ideas for risks and positive aspects it is also vital to create a working climate built upon respect for everyone involved.  Exploring different ways to approach a problem and an idea is crucial. Artscience Lab highlights the importance of using different thinking frameworks. We need to develop awareness of when to use and how to use different types of explanations to explore our thinking – we call this thinkibility. In innovation, intuitive thinking is as valuable as analytical and critical explorations of the idea. Yet we need to use the thinking frameworks at the right time and learn to maximise the way we use different thinking frameworks. Confronting new frontiers requires an open attitude towards exploring possibilities and braveness to examine ideas from different angles even though they may be absurd suggestions.

And of course, the idea to breathe in chocolate was only the beginning. Edwards has now invented Le Whaf – virtual eating. This time a carafe filled with an ultrasonic-generated cloud provides you with a cocktail with few calories. And you stay sober.