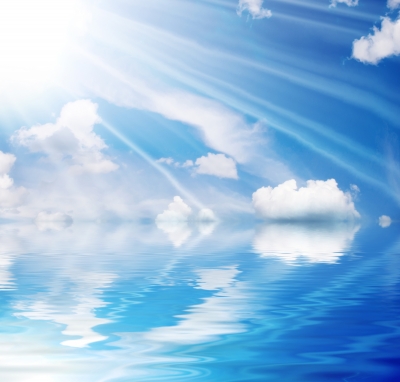 Thinking Patterns
Not all thinking pattern are beneficial such as distorted or negative patterns. But what about Wishful thinking? What we believe is true and what we wish were true can be very different. But how do we separate between belief and desires? And can wishful thinking be useful?

A common assumption is that we are constantly evaluating and planning our actions. But we are creatures of habits. And our thinking is characterised by habits. Our thinking takes place in a setting, to deal with new situations and information we rely upon finding patterns and routines. Thinking patterns refers to a certain way of thinking. In some situations, we may be more prone to negative and destructive thinking patterns such as “something good will never happen to me”.  At other times, when we are engaged in problem solving activities we may be prone to engage in correlative thinking, which is mainly driven by intuition.

A problem is that we do not know how or when to use different thinking frameworks. Shifting between different types of thinking pattern is like changing gear in a car. Gears allow us to use different speed range but one gear is not necessarily superior to another. A low gear means more power, which may be useful when we are driving up a hill. Similarly, when one thinking pattern does not help us to solve a problem, it makes sense to change pattern.

If you are focusing your attention on finding risks and dangers with an idea – metaphorically wearing the Black Hat – wishful thinking is regarded as not appropriate. In contrast, when you are looking for positive aspects – metaphorically wearing the Yellow Hat – wishful thinking is welcomed. It may also be welcome when we are invention things and looking for new ideas. Steve Jobs was known for his wishful thinking. The term Reality Distortion Field was used to described his skill to persuade and charm  others to believe and support his ideas. Regardless of  how loud others shouted that it was impossible, it did not stop Steve Jobs. And in many case, he managed to prove that it was possible indeed.

Exploring Wishful Thinking
Sometimes we like to believe things confirming with our wishes so much we ignore evidence that suggest the contrary. In science, different techniques and methods are used to ensure that we can counteract wishful thinking. An experiment should be carried out in a way that separates what the scientist hopes and wishes to be true from what there is good reason to believe to an accurate description of our world.

Whatever we wish to be true, we can always find evidence that confirms that our wish may be true. It is nice to have our wishes confirmed. When we use wishful thinking, we ignore evidence that may run counter to our idea.  This means that our conclusion may be wrong. Wishful thinking sounds like something we all should avoid and it is tempting to believe that you are not vulnerable to it. Or that certain people are less susceptible. But we all need to look for signs of wishful thinking. We need to search for ways to guard ourselves against dismissing evidence that does not support our wishes.

It is easy to draw the conclusion that wishful thinking is of little value. Yet it is how we explore and what we do with our wishes and beliefs. Working backwards from an idea or suggestion is one way to explore the underlying assumptions.Let us use climate change as an example.

Wishful thinking is an excellent opportunity to search for things that you value. Ask yourself why do you not want to believe that there is a chance of global warming? Are you scared of what might happen? Do you value your life style too much? Do you believe that adaptations to new conditions are beneficial for humans, animals, and plants?