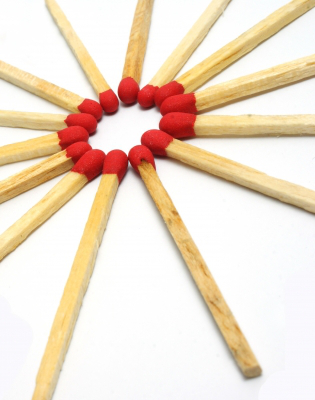 I was involved in a creative session with someone who desperately wished to go on her first cruise. However, she lacked time and money to undertake such a journey.

We did an APC, one of Edward de Bono’s Thinking Tools.  APC is a crystallisation of the process of deliberately trying to find alternatives. Using the tool, we got rather obvious alternatives like: do a one night cruise from the UK to the continent, take a hotel with a wide sea view, imagine that your are on a cruise while crossing a river with a ferry, look for a simulator, rent a boat and run your own cruiser, go secretly on board a cruise ship.

Characteristic for this approach is that the thinking departs from the existing situation (no time, no money) and tries to move forward to the desired situation.

An opposite approach could be to depart from the ideal situation (making a cruise) and working backwards to the original situation. How did she get there on the cruise ship?

It turned out that she was a physiotherapist and could easily embark as a personal coach in the fitness room on board.

Many creative thinking techniques use backward thinking as a strategy. Edward de Bono recommends challenging the current situation by setting up a provocation by wishful thinking, an ideal world (Utopia), which per definition is beyond reach, not feasible in the real world. The setting up of the provocation is eased by using the phrase: “Would it not fantastic, if …”

In our recent blog post, about Gunter Pauli, the powerful effectiveness of the operation, if confident and rigorously applied, is demonstrated.

In the Concept Fan Forwards and Backward Thinking are combined. The Concept Fan is a technique devised by Edward de Bono. It maps the space of ideas, concept and broad thinking directions, but also areas where there is a lack of those. A powerful tool for setting the thinking agenda.

Also in TRIZ it is regarded as important to define the Ideal Final Result prior to any effort being made to solve the problem. This is done, in order to avoid any compromising or optimization in reaching an uncorrupted solution.

Backward Thinking as a Thinking Strategy is perfectly demonstrated when trying to solve puzzles with matches. In its most basic form a puzzle will look like “remove three matches and leave three squares”. It is very difficult to solve the problem from the current configuration. It is much easier to start from the result. Lay down some combinations of matches that will satisfy the end-situation. Then work backwards from each possible combination and look whether the start situation can be reached.

To train your basic skills in Backward Thinking have a look at Trick, Games and puzzles with Matches by Maxey Brooke.

A little New Year’s Eve challenge. Finish the hundred puzzles before twelve o’clock, and it will be a Happy New Year.