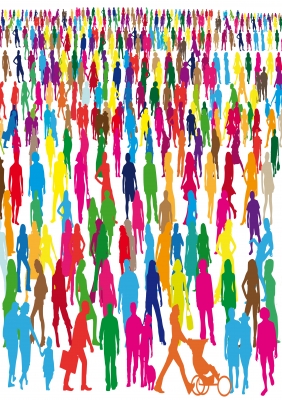 We are waiting for better ideas to improve society. But should we design them deliberately rather than wait?

One thing is certain – governments need much better ideas. A little less-of-the same ideas and strategies is no longer an option. The stage where changes in choices and cuts can solve our problems, is already far behind us.

Almost all social concepts in the Western world date back to the  beginning of the 20th century, when the first labour and social welfare laws were introduced. Social concepts are arrangements to achieve a certain social function, for example the training of the labour force, or guaranteeing public health. A school is a social concept, so is a library, health insurance, home care, a passport, a soup kitchen, a museum, and justice.

Learn from ideas and innovative concepts

The street newspaper is an example of an innovative social concept. Homeless can buy street newspapers for a pound and sell them on the street for two pounds. A bit income and regularity for the homeless, and a chance to turn life around. These types of initiatives also reduce the level of petty crime in the streets. Below is a list of examples of social innovations around the world.

Where do we need new social concepts?

Some examples where we are urgently waiting for new concepts, or better we should do a deliberate attempt to design new approaches could be:

For more about social concepts look here. And watch the video below to find out why data scientist Jake Porway wants to hook up developers with charities and the developing world.

Photo “Crowd Of People” by xedos4

13 Replies to “Innovation of Social Concepts”