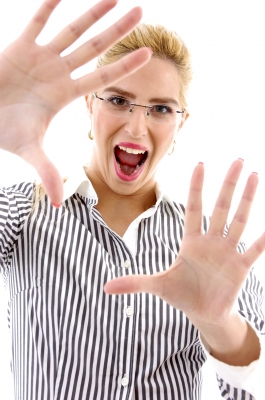 Ah, it is annoying when you cannot find the right words!

If you have tried to explain something in a foreign language, you might have found it impossible to find the right words in the other language. Finding the right words to describe your emotions and feeling is tricky and in some cases emotions are even untranslatable. Experiences in the UK as a foreign student lead native Chinese speaker Pei-Ying Lin to explore different emotional concepts.

Unspeakableness is a project that explores human emotions and languages. Lin says that the project has helped her take a more active control over language and she does not feel that the structure of languages control her. Language can be used as a way to improvise to connect both with other people and with ourselves. 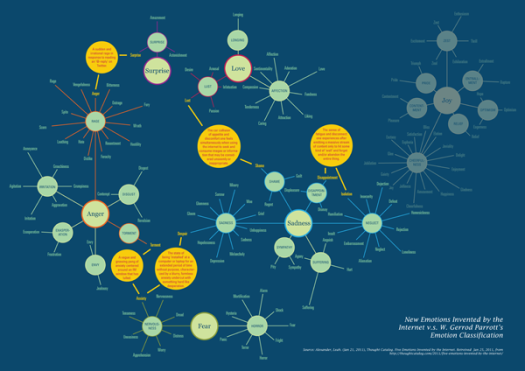 Asking people use a concept map to explain their emotions may help and untranslatable words are often described as “it is a kind of (emotion A), close to (emotion B), and somehow between (emotion C) and (emotion D).” Untranslatable emotions are often multifaceted and complex emotions.

Lin’s graphic  Parrot’s Emotion Classification, contains a look at over 100 emotions. English words like “cheerfulness,”  and more specific words like “bliss” are included. The foreign words are highlighted in red bubbles. You may like the word “Gezelligheid,” which is Dutch for “comfort and coziness of being at home”.  Or if you are a bit hungry “hygge,” which is Danish for a similar idea but it is used for events of food and drink.

Grow your own map and widen your conceptual world.