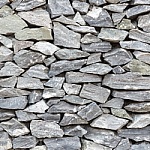 It is generally believed that the media are rather objective yet lightly coloured by their economic or religious values.  Media differ on a same topic in the words used in the headings, the wording, or the framing. However, there are indications that media are not so different at all. This phenomena is called MSM – Main Stream Media. Mainstream media (MSM) are those media disseminated via the largest distribution channels, which therefore represent what the majority of media consumers are likely to encounter. The term also denotes those media generally reflective of the prevailing currents of thought, influence, or activity. Therefore, operating in a logic bubble or thinking pattern.

Many media are largely state-owned or sponsored and therefore they are able to directly or indirectly control jobs and financing. By doing so, media is able to exert soft power to filter, frame or discredit displeasing news. Other media are private owned and they are often worse. Profits have to be made of more than 20%, yet the subscriptions go down by competition of free on-line news and as a consequence incomes by ads drop down. Consequently, there will  automatically be no time and money to carry out  investigative journalism or watchdog journalism. Nowadays most media are copying from news agencies without adding any value or suggestions.

A deadly embrace with those in power

Moreover, often there is a silent coalition between politicians and media reporters. In exchange of providing news, a scoop or granting an interview, a journalist will write “friendly” (non-critical) about the politician. Journalists are in competition with each other for access to news sources, reputation, firsts and jobs.

At the same time politicians are dependent on journalists to get heard by their voters. They are in competition for media attention, mainly with their party colleagues.

Journalists and politicians hold each other in a deadly embrace in a mechanism earlier described in our blog post How Thinking Patters Are Created. In some countries politicians have more power over the press. In other countries the press or press conglomerates control the politicians. 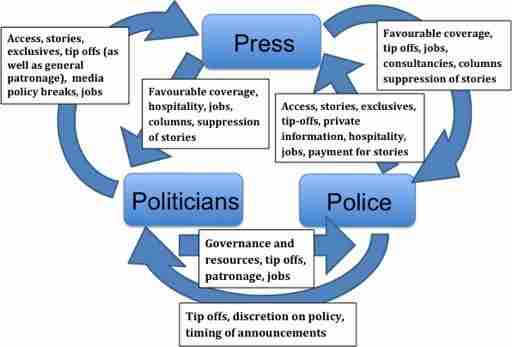 The same mechanism is working in a tacit coalition between a royal family or a presidents coterie and the media and politicians, especially when corruption or sexual misbehavior is involved. We must assume that all mainstream media are covered by intelligence services who are able to mute or downplay any compromising news. Usually one or more editors are already approached for cooperation with the secret services from the beginning of their career and from that time kept dormant until required for what is euphemistically put, “important interests” of the state.

The embrace of the media with politician doesn’t only produce a standard thinking pattern amongst them, but exports that via the media to the general public. The concept is called politico-media complex.

Algorithms determines what information a user would see

Newspaper websites are starting to make stories more prominent to you if your friends have liked them on Facebook. More and more we are bound by filter bubble. The term was coined by internet activist Eli Pariser in his book by the same name; according to Pariser, users get less exposure to conflicting viewpoints and are isolated intellectually in their own informational bubble. Pariser related an example in which one user searched Google for “BP” and got investment news about British Petroleum while another searcher got information about the Deepwater Horizon oil spill and that the two search results pages were “strikingly different.

How to escape Press Patterns

Non-mainstream Media refers to any other media outlet that doesn’t fall under the 90 plus percent owned by the global media conglomerates. Unlike corporate media, the non-mainstream is driven by a desire for the truth – not profits.

For headlines you don’t see on TV, see for example here or here.

Recently we came across nsnbc international which claims that there exists a global demand for a high quality, international newspaper, which is truly independent from political parties and organizations, corporate funding and state sponsorship.

Another is the Franklin Center for Government and Public Integrity founded in 2009 that aims to address falling standards in the media as well as a steep falloff in reporting on state government. It provides professional training; research, editorial, multimedia and technical support; and assistance with marketing and promoting the work of a nationwide network of nonprofit reporters.

The mission of the Center of Public Integrity is to enhance democracy by revealing abuses of power, corruption and betrayal of trust by powerful public and private institutions, using the tools of investigative journalism.

These American examples deserve imitation, especially in Western Europe where the general public is believing that the media are independent, which is not.