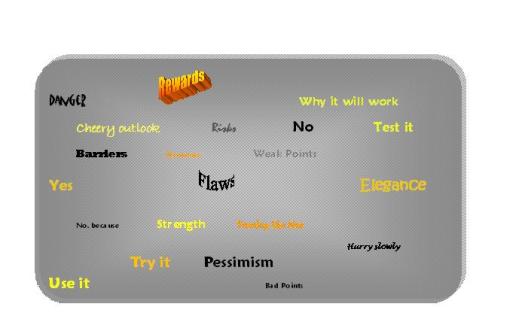 For this Thinkibility Boost we invite you to reflect on an insight we recently got.

While we are at the brink of being locked into a possible World War III, it is amazing and baffling that neither opinion-leaders nor commentators in the media regardless their positions, opinions or views on the conflict in Syria, analyze the thinking of the parties and persons involved.

What are the statements being made?

By whom are they made?

What are the arguments?

What are or could be the hidden value and factual assumptions?

What evidences for the reasoning are put in?

We have nowhere came across in newspapers or commentaries on TV the use of concepts that describe the thinking or the use of some kind of  a  “thinking vocabulary”, like terms as

and many others, as for example suggested by Kahneman.

Kahneman concludes that we have developed poor tools and that we are missing a vocabulary to think and to communicate about our thinking. In Thinking, Fast and Slow, he shows us some some hilarious examples of this Thinking Vocabulary. See also our blog post  Reasoning and Intuition.

Pearl Harbor, the Bay of Pigs invasion and the Cuban Missile Crisis are only a few examples that showed poor thinking with disastrous results. There are also more recent but not yet studied cases of blundering into human, political and military disasters.

There are lots of analysis: political, economical, strategic and even ethical. However, it is disappointing that nobody –  laymen, thinkers, researchers in decision theory, philosophers or  scholars in group processes- points to the kind of  thinking that is used by the main actors.

However, we found one exception in a paper by George Lakoff  in which he indicates the framing and the use of several metaphors in discussions  to justify a war against Syria.: “Obama Re-frames Syria: Metaphor and War Revisited.”

We need more Thinking Observers of this kind.

2 Replies to “Observe The Thinking – Use Thinking Vocabular”