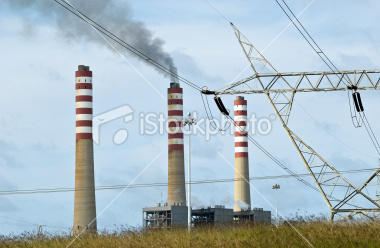 Our daily work, social and private life is regulated by patterns. Patterns that dictate what you do, where your are and who you encounter. It seems that these are shifting from an industrial pattern wherein people are locked in a 5 or 6 days working routine from 8 am to 6 pm, mostly nailed down by law or by labor agreements. Yet even in a post-industrial era the industrial pattern is omnipresent.

However libraries are mostly accessible in the evening, most services as GP’s, dentists, therapeutics, plumbers, banks and hairdressers are not. School and industry hours are not synchronized. Museums are open at hours when nobody can visit.

Needless to say that the complete infrastructure (roads, bus lines, train schedules, offices) is based on the industrial working pattern. It means that public means are spend less efficient than when the load on the infrastructure is more evenly distributed.

Once I asked some employed women with school-going kids what their ultimate utopian business hours would be. They were not able to come up with the idea of working hours for parents with school-going kids between 10.00 am. and 3.00 pm. Impossible they said when the idea was put forward. Yet an employment agency did at the same moment profitable business by offering women precisely that kind of working hours. Alternative business hours were for them simply not conceivable.

Apparently the industrial pattern of working hours, social and private life are firmly rooted in the mind despite the fact that many women – and their partners – suffer from it while basically it is in many occupations not necessary to use these patterns.

Only gradually evening and night shops have appeared. In many countries the ban on Sunday opening hours of shops has been partially lifted. Some “innovations” emerged, such as the business lunch and the working breakfast. Most car repairs have extended opening hours to give their clients the opportunity to bring their cars before their offices are open.

However, under pressure of the development of the Internet shops become increasingly, at least virtually, 24 hours a day open during seven days a week. Teams in different time zones speed up development projects. Doctors in LA let people working in India analyze x-ray photos in the night after the photo is taken (see also The World Is Flat by Thomas Friedman).

Working at home for at least one day a week is encouraged by some companies.

Universities has begun giving lectures during evening hours, something that was not even thinkable a couple of decades ago.

The first 24/7 Fitness Club started already some 15 years ago but are still not wide-spread. It is interesting to speculate who might be the visitors of such a fitness club during the dark hours. The short movie 24/7 Fitness Club sketches a picture.

Future patterns – from static to dynamic?

Most criminals are lockup 24/7, but some criminals have regular weekend leave or are only locked up after working hours. But what if criminals could be punished by being locking up 1 day a week or for 1 hour per day during thirty years?

Dancing schools and ball rooms are mostly open in the evening. One of our subscribers got the idea to combine a lunchroom with dancing lessons or as a “ lunch dansant”. I am sure it would be a viable enterprise especially if it is located near some boring offices.

What if hospitals were organized as industrial 24/7 production lines?

In the past financial statements were made once a year, but nowadays most companies make them four times a year or even every month. As it is known that some control systems could become unstable when the rate of the feedback mechanism is increased, it is conceivable that companies in future will present their financial results once every ten years?

Is it imaginable that because of the health effects of a siesta – a short nap in the afternoon, mostly after the midday meal – a siesta becomes obligatory in Western countries?

In most countries a child is obliged to go to school for 12 to 18 years, a patterns that originated in the Industrial Revolution. Nowadays there are some weak appeals to “Lifelong Learning” or Adult Education. Would in future obligatory education for adults  be introduced for citizens over 40 years?