Design has been used throughout history to control our behavior. Hausmann designed  the broad avenues in Paris with the aim to better control riots and revolutionary uproars. There are designs  that prevent you from lying on a bench, so called anti homeless benches. Citizens have built low viaducts to prevent buses going into the town to prevent low-income inhabitants to enter the town. These kinds of designs aims towards controlling behavior in  a man-made environment.

Sometimes designs are used to  encourage safe or healthy behavior.

Other examples are less innocent, schools, prisons and military barracks are examples of disciplinary architecture.

The arrangement of chairs affects our behavior. Each arrangement produces different interaction patterns.

In many merchants ships the quarters of the crews are deliberately designed to enhance possibilities of encounters with other crew members.

In government buildings, the automatic doors are  adjusted in a way that forces the entrants to slow down their speed, which in theory should have consequences for their behavior inside the building (they should act in a calm manner).  Some interpret this as a kind of systemic violence.

Artifacts  have politics. Langdon Winner says: ” The machines, structures, and systems of modern material culture can be accurately judged not only for their contributions to efficiency and productivity and their positive and negative environmental side effects, but also for the ways in which they can embody specific forms of power and authority”

We will take this idea somewhat further into the digital age. Are there architectures of control in the digital environment? Could it be that the lay-out of software programs and apps forces specific behavior and exclude other behavior?

Recently we experienced  the downfall of the de Bono Society, an information based and social networking site for people interested in de Bono’s approach to thinking. We assume that the members were familiar with the principles of Parallel Thinking – a fundamental concept in this thinking framework. Parallel Thinking is an alternative for “adversarial” thinking. The aim is to open up possibilities, to explore situations and to escape linear thinking.

However, the approach to thinking in the de Bono Society was all but Parallel. Often contributors fell into  the trap of proving that statements were wrong, classifying arguments as false or true and blocking discussions that seem to be going in unexpected yet interesting ways. We described this mechanism already in our blog post Dialectical Thinking or Kick-Box Thinking  as basically linear thinking.

Why then was the de Bono Society a failure and a disaster for proving the value of Parallel Thinking? Were the members not skilled enough?

We don’t think so. The contributors were lured into dialectical thinking because of the linear design of site. The lay-out of the site did not encourage parallel thinking. It might even have discouraged it.  The site used the standard dialectical lay-out as used in sites as LinkedIn, Facebook, etc.  It was not designed for Parallel Thinking. As such it had unintended consequences for the thinking performed by its members. 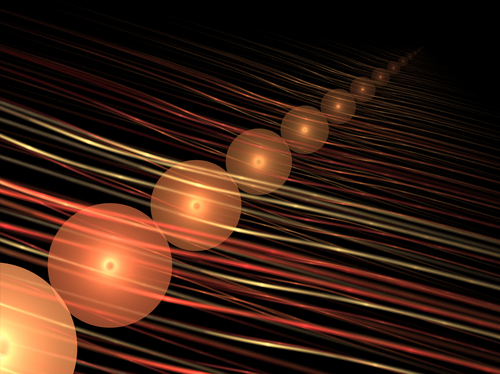 5 Replies to “Controlled Behavior by Design”