Optical filters are devices that selectively transmit light of different wavelengths. They absorb some wavelengths of light – that is, colors – while transmitting others. Optical filters define what we see and what is left out.

Key concepts do exactly the same with what we perceive. They strengthen or weaken information, change “colors”, let things out or vary the contrast. As you will see in the image below a key Western concept like “University” colors the way Westerners interpret the Chinese concept of Dá Xué.

However, it is not even comparable to it. Dá Xué as a concept refers to “The Great Learning” as a metaphor to become Junzi, an ideal personality to finally achieve the highest ideal, Shengren. Shengren is the single most important conceptin the Chinese tradition. The original name of the National University of Peking is therefore 国立北京大学 (Guólì Běijīng Dàxué)

Conversely, you can imagine how surprised or perhaps confused Chinese students will experience Western universities, as a culture shock. They will interpret the concept of a Western university through the filter of the Chinese concept Dá Xué, as in the picture below we have tried to visualize.

By translating Dá Xué easy-going in English “University”, it projects unconsciously Western ideas about education onto Chinese concepts. It is called language imperialism: the practice of promoting and imposing a culture by language, usually of politically powerful nations over less potent societies which determine general cultural values and standardize civilizations throughout the world.

Concepts that are seemingly the same, bus essential not at all

Most Chinese concepts cannot adequately translated and we should not try that either but rather adopt them. It is only then that we can escape from standardized ideas about universities. Otherwise, language will act as a prison of thought and will hinder Thinki bility.

For instance, Sun Tsu’s “The art of war” is an incorrect translation of ping-fa. It means “the art of empire building,” or perhaps more correctly, “the art of successful engagement management.”

Another example is the Western concept of civilization. Superficial thought could it be translated into “wenming”. However, “civilization” as city people’s mastery over materials and technology doesn’t reflect the idea of a high level of ethics and gentleness of a person as the concept of Wenming does.

Some Chinese concepts that are not translatable in the Western World are:

Note that when you look up these concepts in Wikipedia they often refer to Chinese philosophy, an concept that according to Thorsten Pattberg from Peking University doesn’t even exist in the Chinese language. As noted earlier, we would not want it! Conversely, some Western concepts that do not exist in China are:

Concepts are like logic bubbles or thinking patterns. They define what you perceive and what alternatives, possibilities and choices you can come up with. Translating foreign concepts in native language could destroy the original meaning. Using original foreign concepts may reveal new insights. 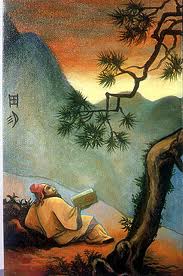