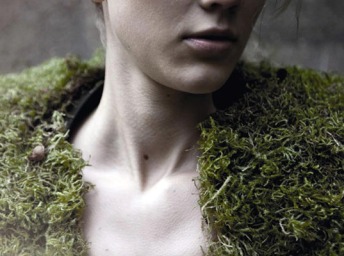 Sustainability is an approach where we try to  create and maintain  conditions under which humans and nature can exist in productive harmony. But is the approach enough to make sure that we have and will continue to have water, materials and resources that can protect out health and the environment?

Innovations using symbiotic biomimicry as an inspiration offer a way to create symbiosis between humans and the environment. In this blog post will we explore a couple of examples. The term symbiosis  refers to a close and often long-term interaction between two or more different biological species. These relationships go both ways and a hermit crab which attaches a sea anemone to their shells to dissuade attackers benefits as so does the sea anemone which is able to get more food when they ride on the hermit crab’s shell through the water.

The car below was introduced by JAC Motors. It uses a mobility solution called HEFEI (Harmonious Eco-Friendly Efficient Infrastructure). The idea behind the design was to make a car that offers a symbiosis between the vehicle and the environment. To power running vehicles, idle vehicles are used and a power grid supports the system. Automated traffic regulates itself, and this feature may help to reduce accidents, traffic jams. It may also lead to less energy being used while driving the car.

Symbiotic biomimicry can also be used as an inspiration for designing society. Sloths are mammals that hardly move, their leafy diet  does not provide them with enough energy do move around a lot. They have developed ways of conserving  energy. Sloths live in the warm tropical forest, they have low metabolic rate and they sunbathe high up in the canopy. But that is not all, sloths have also developed another way to keep warm. In their fur a whole ecosystem is living – there are  moths, beetles, cockroaches, fungi, and algae.The animals work together and exchange energy, nutrients.

The sloth’s fur can contain hundreds of animals and one sloth had 950 beetles living on it. Some species have evolved for million of years living together with the sloth and the sloth moth only lays eggs in sloth dung. The co-operation between organism means that everyone gains something and a sloth-like approach to design can be used to ensure that wastes used by one produces becomes food for another. Below is a sketch of the  Kalundborg Industrial Ecosystem in Denmark – an industrial symbiosis where a power plant, oil refinery, pharmaceutical plant, plaster-board factory, an enzyme manufacturer, farmers, a waste company and the city all trade and share byproducts and heat emissions.

Finally, an example from the fashion world and an Irish “green” design. Moss are sensitivity to changes in the atmosphere and they are dependent upon wet climates. When you wear a moss collar you become aware of how important these factors are for these soft plants. Tara Baoth Mooney’s moss collar engages the wearer through symbiotic biomimicry.
Does wearing a photosynthetic garment makes you feel more green and more importantly act more green?
Perhaps the answer becomes clear after watching the video below, which shows a person’s interaction with another human being and the environment. It is a visual and aural representation of symbiotic biomimcry through wearing a photosynthetic garment or accessory. I think the moss garment helps to increase awareness of my own place and role in the surroundings. Do you?