Is nonconformity and freethinking a mental illness? According to the newest addition of the DSM-IV (Diagnostic and Statistical Manual of Mental Disorders), it certainly is. The manual identifies a new mental illness called “oppositional defiant disorder” or ODD. Defined as an “ongoing pattern of disobedient, hostile and defiant behavior,” symptoms include questioning authority, negativity, defiance, argumentativeness, and being easily annoyed. The behavior pattern should last at least 6 months. In the past, these were called “personality traits”  but now they are classified as  diseases – See more at The Mind Unleashed. 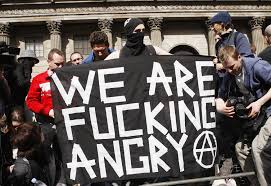 Today “psychologising”  seems no more than a confirmation of daily practice in schools, courts and newspapers, even in international relations. An accountant in a bank found that the reserves were too low. He was fired, but fought his dismissal in court. The judge found that the accountant had “a problem with authority”. A public servant leaked official documents about serious abuses after he had raised the issue several times internally. He was fired because of serious “dereliction of duty”. Basically, it is all about obedience. 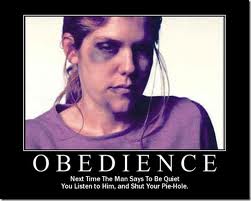 Many whistle-blowers are diagnosed with a mental disorder. Not that they are ill, but to neutralise them, as they did in the former Soviet Union. It is called “political abuse of psychiatry“, and this new box of mental disease put the gates wide open for abuse.

The authors of the manual  aim for better diagnostic practices. It might be that people diagnosed with  ODD are not freethinkers, but do for some reason decide to oppose to pretty much everything. They lack ways of being in the world. They lack free thinking because if they could think then they would be free themselves.

We can conclude that the new mental illness of Oppositional Defiant Disorder” has both positive as negative aspects. What is interesting about ODD? Could we reduce the negatives by defining a new psychiatric disorder?

We came up with “Obsessive Compliant Disorder (OCD)”.

Patients diagnosed with OCD have a compulsive need to agree with everyone, will never disturb the atmosphere and will always keep the peace. They never rock the boat. Getting along with others, even if they commit criminal acts, is preferred over becoming upset and angry. They are not able to critical thinking, let alone opposing authorities. Obedience is an important value and they can easily be manipulated into wrongdoings, without being conscious or  scrupulous about it. Neurotic in mutual admiration, that is, in a workplace or other social environment, routinely expressing considerable esteem and support for one another, sometimes to the point of exaggeration or pretense.

We hypothesises that people who suffer from OCD are far in the majority, and can be especially found in the upper echelons of governments, newspapers, companies and the judicial system. We assume that the “Obsessive Compliants” outnumber by far the “Oppositional Defiants”.  As such,  OCD’ers are much more attractive for the pharmaceutical industries.

What if those who suffer from Obsessive Compliant Disorder were early and systematic diagnosed before they enter the workforce or political life?

10 Replies to “Is Free Thinking a Mental Illness: ODD ?”