We are happy to announce a new mini project: Reverse Engineering of Thinking Strategies. We intend to analyse the way the most critical thinkers of today think, like Noam Chomsky, Slavoj Žižek, David Orrell to name a few.

Reverse Engineering is according to Wikipedia “the process of discovering the technological principles of a device, object, or system through analysis of its structure, function, and operation”.

Reverse engineering is often used by people in order to copy other nations’ technologies, devices, or information that have been obtained by regular troops in the fields or by intelligence operations.  Three American B-29 bombers on missions over Japan were forced to land in the USSR. The Soviets, who did not have a similar strategic bomber, decided to copy the B-29. Within a few years, they had developed the Tu-4, a near-perfect copy.

Reverse engineering can be used to reveal the complete hardware and software part of a smart card.  Sometimes, reverse-engineering is used to develop economically more affordable versions to existing drugs.  Even attempts have been made to reverse engineer the possible physics behind UFOs through analysis of both eyewitness reports and the physical evidence, on the assumption that they are powered vehicles.

So why not reverse engineering the thinking of world’s greatest critical thinkers? 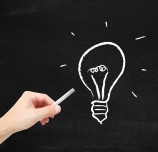