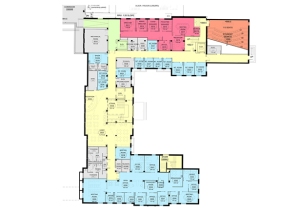 We believe there should be an university that is solely dedicated to the in-depth exploration of “thinking”.

Earlier we wrote about the faculties that are housed in the West Wing. At the West Wing, scientists and students dissect the basic thinking patterns in a scientific discipline. The people working there are not trained as philosophers, but will use systematic and deliberate creative thinking techniques to disrupt standard thinking in the sciences and plan alternative thinking approaches for those sciences. F.i. they will design alternative approaches to law as was invented by Napoleon. The basic concept of Napoleon’s  ” Code Civil des Francais” was aimed at protection of the interests of the state, not at those of the victims.

In the East Wing, scientists and students will study the thinking strategies of the world’s most creative, most critical and/or most profound thinkers at the moment. They will re-engineer, or reverse engineer their thinking, in order to learn ways how to think.

We wrote earlier about Reverse Engineering for Thinking Strategies, in which we argued that by studying great thinkers we would be able to derive good thinking procedures. It is not about what they think – mostly controversional – but about the steps they moved along before reaching their conclusions. For example, Chomsky gives good thinking methods for investigating double standards in foreign policies, regardless you share his conclusions.

In the East Wing, the scientists and students will explore “the process of discovering the technological principles of thinking through analysis of its structure, function, and operation”.

Who will be the subjects of study- the world’s most critical, creative or profound thinkers? The research staff will decide on that, but a short internet search gives enough candidates. Look for example at the sites of

and last but not least 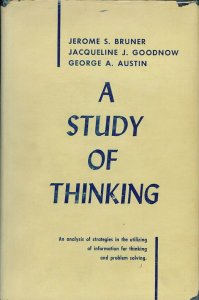 6 Replies to “The East Wing of the Thinkibility University”