What If there would be Olympic Games  in which thousands of thinkers from around the world participate in a variety of competitions?

It would definitelety differ from TED-talks or Edge-papers that are basically unilaterally spreading novel ideas and insights in a non-competitive way.

In an Olympic Games for Thinkers participants compete in thinking skills. But it is not against each other. like in a debate in which there is a heated dispute in argument wherein someone through logical consistency, factual accuracy and some degree of emotional appeal to the audience “wins”.

Nor will it be like the Mind Sports Olympiad, an annual international multi-disciplined competition and festival for games of mental skill and mind sports, like chess, bridge, draughts, shogi, backgammon, Chinese chess, Othello, poker, cribbage, Mastermind; and many newer games like: Abalone, Bōku, Continuo, Entropy, Kamisado,Lines of Action, Pacru and TwixT.

It will be  a contest of ability in “parallel thinking“or “divergent thinking“.

A contest in parallel and divergent thinking

In Parallel Thinking, practitioners put forward as many statements as possible in several (preferably more than two) parallel tracks.

Divergent Thinking typically occurs in a spontaneous, free-flowing, ‘non-linear’ manner, such that many ideas are generated in an emergent cognitive fashion. Many possible solutions are explored in a short amount of time, and unexpected connections are drawn. 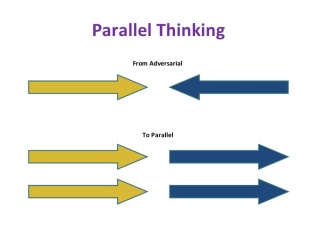 The Thinkibility Olympics will be a contest of  the agility and skill in coming up with new possibilities, alternatives and choices. The winner will be the one that offers the most and qualitative best ideas, concepts and new approaches or thinking directions.

There will be various “thinking arenas”. Perhaps it is beter to speak of “thinking caves”, as a referral to Plato’s allegory of the Cave .

Socrates suggests that the shadows constitute reality for the prisoners because they have never seen anything else; they do not realize that what they see are shadows of objects in front of a fire, much less that these objects are inspired by real living things outside the cave. The Thinkibility Olympics is like a kind of “Escape the Room Game“, but than virtually 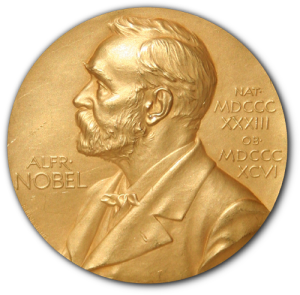 Beware, it’s not like the Nobel prizes, where prizers are rewarded to achieved academic outstanding work in physics, chemistry, physiology or medicine, literature, economics, and the promotion of peace. However, The Thinkibility Olympics is not about achieving, outstanding and academic.  It is about puting forward as many as possible unproven hypothesis, outrageous speculation – the forming of a theory or conjecture without firm evidence and  ideation – the formation of ideas or concepts.

All thinkers would use avatars rather than their names. Avatars are used to ensure that ideas are judged rather than a person’s previous contributions. 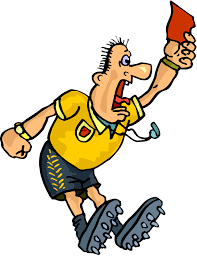 Judging the performances would be in quantities of aspects (breadth) and degree of various detail (depth). Of course, there will arise a lot of discussion about the judgment of any jury. In contrary to the normal Olympic Games, the more discussions the better, it makes the Thinkibility Olympics even more attractive and useful.

During the session there could be a parallel session over the Internet, accessible for anyone in the world. The result of their thinking is projected on a screen, outside the view of the particpants, but visible to the public. The event is streamlined life.

Anyhow, some kind of criteria, derived from the Torrance Tests of Creative Thinking the judges should apply:

There could have different handicaps like in golf. Using the internet to search for information for 1 hour, 30 minutes, 1 minute etc.

Participants ideas could be donated to sponsor the next Thinking Olympics.

The Thinkbility Team  is now seraching for sponsors to help arrange the world’s first Thinkibility Olympics:-:)