“If I have seen fur­ther it is by stand­ing on the shoul­ders of Giants.”

The above quote captures the essence of the interaction between neurobiology and culture. An individual mind or a team of minds may be driven towards breakthrough ideas but it is the culture that provides the point of departure.

Every year a huge number of books are published about creativity, yet, few of them provide a synthesis of cutting-edge discoveries from brain research and the humanities. The book Creativity: The Human Brain in the Age of Innovation by Elkhonon Goldberg addresses fascinating questions in that way that demystifies human creativity and also inspire further thinking. Elkhonon adds his own insights as a neuroscientist and integrates them with a discussion of history, culture and evolution.

He bases his ideas by looking into the origins of language, the nature of several neurological disorders, animal cognition, virtual reality, and even artificial intelligence. A journey from antiquity to the future, from Western Europe to South-East Asia. 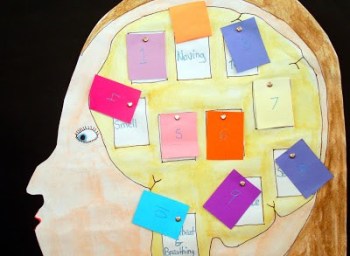 Elkhonon started to write a book about how the brain deals with novelty, but the more he explored and thought about this topic the more the subject of creativity was coming up.

He suggests that a creative approach involves many different parts of the brain and it is not linked to any single brain structure. Creativity relies on many brain systems working together and it may take many different forms.

Creativity is often defined as the ability or skill to come up with ideas and content that are both novel and salient. Elkhonon uses the term directed wandering to refer the interweaving of deliberate hyperfrontal and wandering hypofrontal states of the creative process. Hyperfrontal and hypofrontal are two different states of frontal activation. He suggests that the two states are vital “to creative process and the generation of ideas”.

There is a dynamic relationship between over- and underactivation in the creative process. He suggests that the deliberate states precede the wandering states  Many individuals report of dreamlike states with solutions but what is less often mentioned is that the revelations came after years of focused and grinding work on the subject. 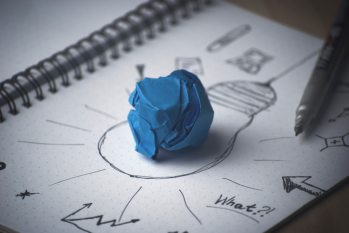 Elkhonon suggests that our brain hemisphere may have slightly different tasks to perform. We have to ask ourselves whether we have confronted a challenge before. The right hemisphere is organised principally to deal with novel challenges, while the left hemisphere is concerned with familiar routines (in most humans). If we are a trained artist, we process art principally in the left hemisphere, and if we are not a trained artist, we rely on the right hemisphere. There is a shift from the right to the left with competence. Creative thinking takes place in an environment and awareness of how this influences our thinking is a step towards the constant search for suitable inspiration. For exemple, we could use music to enhance our creativity. 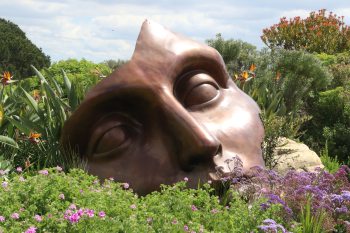 Elkhonon discusses the importance of how innovation is received by the consumer. If a creative product is defined as a combination of novel and valuable it is important not only to focus our attention on how new ideas and new products are generated but also on how innovations are consumed.

There are two acts in creativity and innovation. In the first act, the innovation is a product of someone’s creative thinking. In the second act, it is consumed or indeed ignored by society at large. Unless society grasps the value of an innovation or idea it will be forgotten. Elkhonon suggests that in the future the question of how innovations are consumed will be even more vital to explore since there is a “rapid acceleration of the rate at which the general public is presented with and is absorbing innovation.”

Interestingly Elkhonon draws conclusions about how this fast and ever faster-moving society will affect our brains.  As consumers we are constantly challenged to acquire new skills and embrace new concepts. It took centuries for the wheel to become widely accepted while it only took decades for the Internet to become a universal means of communication. The constant exposure to novelty may for example influence the way our brain ages.

The book Creativity may since it is written by a neuroscientist and clinical psychologist be filled with technical terms but it is an inspiring book that challenges the way we look at creativity.