We are still wondering why “thinking” (Thinkibility) is not given much attention as a phenomenon in itself, except by some philosophers who have made thinking, without necessity, a highly complex and abstract matter (Opinion is ours).

There are no thinking courses, thinking festivals, thinking Olympics, thinking galleries, thinking lectures. In libraries and stores, there are no dedicated shelves for books about Thinking. They are scattered and hidden between philosophical works, psychology, religion, management literature, cognitive sciences and “How to Live” guides.

Most people regard “thinking as a highly autonomous process. That raises the question if there are more unconscious processes to which to compare thinking. One of those effortless processes as we call them are provided by the five senses.

In the West, it is assumed that the five senses (sight, hearing, taste, smell, and touch) are considered as (rather passive) inputs to the mind. They are seen as providing data for perception. Allegoric they are like the five horses in the Katha Upanishad (roughly 6th century BC), drawing the “chariot” of the body, guided by the mind as “chariot driver”.

Remarkable, Buddhists see the mind not as independent from the senses but as a sixth sense in itself. In its concept Ayatana (“sense sphere”), senses are defined as interactions between internal sense organs (eye, ear, nose, tongue, body and mind) and external sense objects (respectively: visible objects, sound, odour, taste, touch and mental objects). Interesting is, that a sense is not defined as a single entity but as a relation between objects. And that the sense “mind” interacts with mental objects, the same way as other senses do.

An interesting exploration might be to compare interactions of the traditional five senses with the environment and at the other hand interactions between the mind and mental objects. For help, see our post Thinking in Analogies and Collaboratively Building Concepts which explains how  “Backing Away from Knowledge” and start “Blind Concept Building”.

For example, how does the ear relate to music? Can you train your ear?

How do perfumers learn their trade?

Top chefs make dishes with a variety of smells and tastes. How do they describe those dishes, can they imagine those in advance?

Eurythmy and the Alexander Technique enhance movement repertoire by emphasizing awareness of oneself while in physical action.

Connaisseurs are able to distinguish numerous tones in wines.

Some blind people have extraordinary haptic perception and are able to discover breast cancer more accurate than breast scanners.

Painters work with nuances in colours that ordinary people miss.

Architects and dance choreographers have extraordinary capabilities to arrange space.

Most people know a thing about sex, but not many know the subtleties in the Kama Sutra

We must admit that most people do not have access to an elaborate vocabulary and extended concepts to experience to the fullest their senses. It seems that they “effortless” walk, dance, watch art, experience a city, make love, drink wine, have dinner but nevertheless don’t actually “see”, “smell”, “taste”, “feel” or “hear”.

However, on closer examination, as we have seen in the examples above, there are experts, mostly artists, that possess an above average sensory perception. Apparently, it requires awareness, training and effort, and perhaps talent.

The mind as a sense as well?

But if we assume that the mind is a sense as well, a consequence is that we must be able to enhance awareness of thinking and that we can train it if we put an effort in it, at the same way it has been proven for the other senses.

Perhaps that is what Thinkibility is all about. 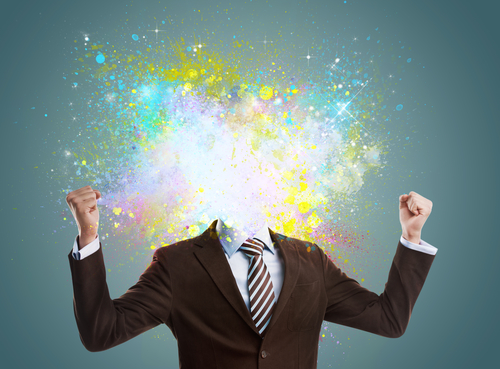 More interesting to read about developing the senses: